ABOUT:
Pūriri trees were sacred with Māori, associated with burial. Leaves were carried by hand or were fashioned into head-pieces and worn during the tangi (Māori funeral). The wood was used to make hinaki (eel traps) because it was one of the few timbers that would sink.
In times of drought, the Pūriri can withdraw its energy away from selected branches, allowing them to drop off as a means of conserving water.

IDENTIFY:
Growing to 20m high, and forming a large dome-shaped tree. Leaves are glossy and hand-shaped, made of 5 large, furrowed leaflets. Flowers are dark-pink and tubular, and the resulting pink-red berries are round.

USE:
Pūriri are an important canopy tree in the revegetation of coastal areas. They are also excellent in street plantings, or as shade trees in schools and parks. They form a wide canopy when grown in the open.

PLANT:
Requiring shelter when young, Pūriri become tolerant of wind and coastal conditions as well as some frosts. Pūriri need a situation that doesn’t become too dry, and soils which are relatively rich. 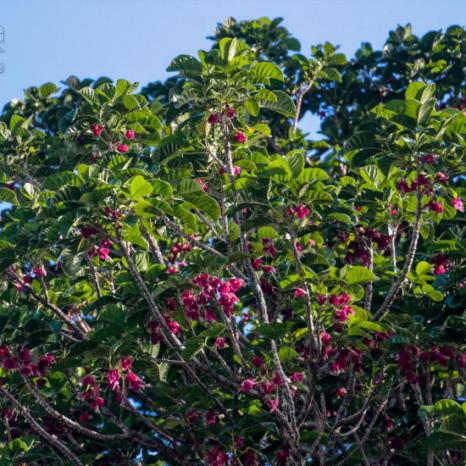 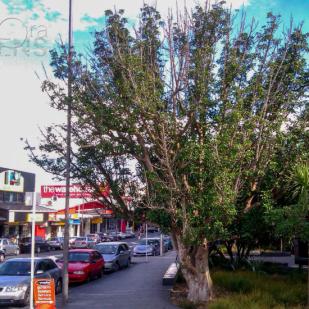 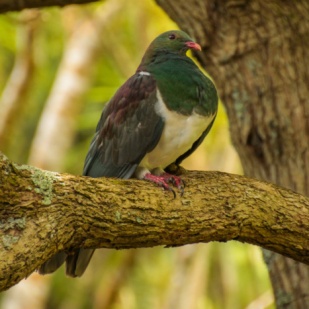 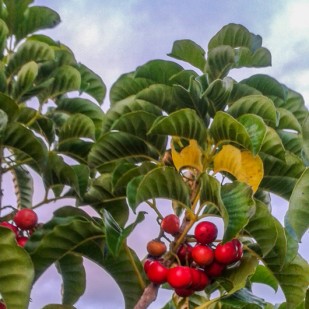 ECOLOGICAL IMPORTANCE:
Both flowers and fruit of the Pūriri are produced almost year-round, so are an important food source for native birds. The nectar is popular with Tui and bellbirds, and the fruit are a favourite of the kereru.
Caterpillars of the Pūriri Moth burrow into the wood and feed beneath the tree’s bark.