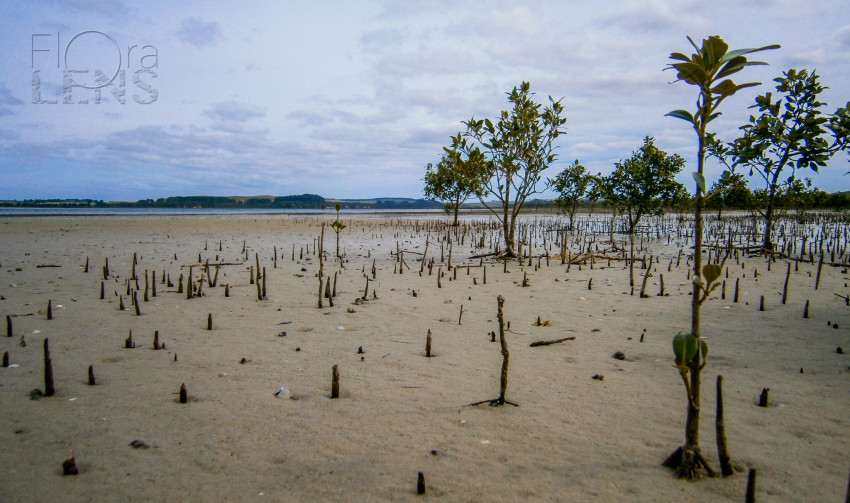 ABOUT:
Māori used the black earth formed from dead leaves to make a dye for piupiu and for kiekie and NZ flax (harakeke) kits.
Mangroves have flourished with development of the land, due to silt and nutrients being washed into estuaries.

IDENTIFY:
Generally under 2m high and 4m wide, but can attain the form of a tree, where heights of 10m can be reached. Grows only in estuarine mudflats. Leaves are leathery and sit in pairs, and the small 4-petalled yellow-orange flowers are sweetly scented. Plants have roots that emerge vertically from the mud, allowing better oxygen intake.

USE:
Has potential to bring ecology back to shallow harbours and disused estuarine commercial areas where waters are tidal. Advisable to consult local Iwi and DoC before establishing any new populations.

PLANT:
Easily grown from the half-germinated seeds in potting mix or soil within brackish water. Transplants well, and is very hardy once established. Does not thrive outside of tidal mudflats. 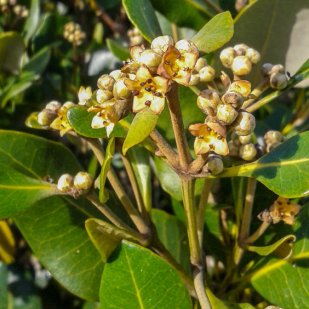 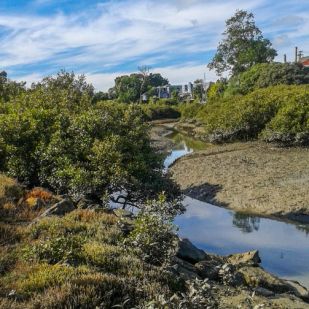 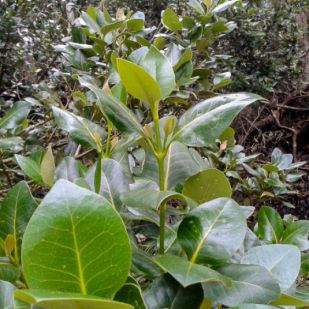 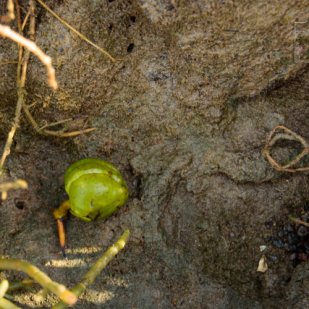 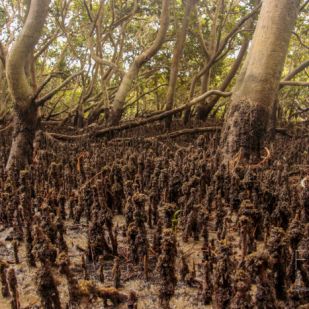 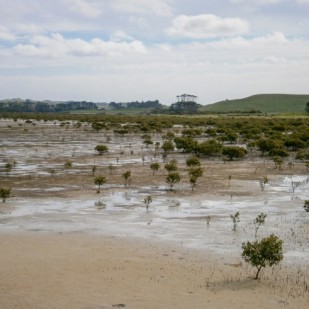 SIMILAR TO:
Shining Karamu (Coprosma lucida) –  similar leaves on first sight, but not as rigid. Flowers have no petals, red/orange berries are produced, and never grows in estuaries.

ECOLOGICAL IMPORTANCE:
Debate exists over the growing area of mangroves in New Zealand. Mangroves can block drainage and displace wading birds and eel-grass ecosystems, but also provide many ecological benefits. Forming a natural buffer between land and sea, mangroves reduce coastal erosion from waves as well as slowing stormwater. A valuable habitat is formed in this zone with fish and birds sheltering in the oxygenated waters.
Mud snails (karahu) dwell in the mud beneath, and oysters attach themselves to the root. Māori harvested both of these for food, as well as netting mullet (kanae) and black fish (parore) which feed among the roots.
The flowers are attractive to bees and other insects. The mangrove leafroller moth (Planotortrix avicenniae) and an eriopyid mite (Aceria avicenniae) are reliant solely on the mangrove habitat.